It’s no secret that fluoride is one of the most controversial topics in dentistry. For years, there has been debate about whether or not fluoride is effective in preventing tooth decay.

Some people believe that fluoride is a harmful chemical that should be avoided at all costs, while others believe that it is a vital part of oral health. So, what’s the truth? In this blog post, we’ll be debunking five of the most common myths about fluoride.

Myth #1: Fluoride is a harmful chemical that can cause health problems.

Fluoride is a naturally occurring element that can be found in water, soil, and minerals. It is also produced by some industrial processes. For many years, fluoride has been added to public water supplies in order to prevent tooth decay.

However, some people have raised concerns about the safety of fluoride, claiming that it can cause health problems such as cancer and bone deformities. These claims are not supported by scientific evidence.

In fact, numerous studies have shown that fluoride is safe and effective in preventing tooth decay. As a result, it is still considered one of the most important public health measures for protecting dental health.

It’s a common misconception that fluoride is ineffective in preventing tooth decay. The truth is, fluoride is one of the most effective tools we have for fighting cavities. Numerous studies have shown that fluoride helps to strengthen teeth and make them more resistant to decay.

In fact, communities with fluoridated water have seen significant reductions in cavities and tooth loss. What’s more, fluoride is safe and affordable, making it an ideal way to help people of all ages keep their teeth healthy.

So, next time you hear someone say that fluoride doesn’t work, be sure to set the record straight.

Myth #3: Fluoride is only effective when ingested.

Fluoride is a mineral that is found in many sources, including water, soil, and some foods. It has been shown to be effective in preventing tooth decay, and as a result, it is often added to public water supplies.

However, some people believe that fluoride is only effective when it is ingested. This is not the case. Fluoride can also be absorbed through the skin, and studies have shown that it is just as effective in preventing tooth decay when applied topically.

In fact, topical fluoride products are often used in areas where public water supplies are not fluoridated. As a result, there is no need to worry about ingestion in order to receive the benefits of fluoride.

Myth #4: Fluoride is only beneficial for children

It’s a common misconception that fluoride is only good for children. In fact, adults can also benefit from fluoride exposure. Fluoride helps to prevent tooth decay by promoting the remineralization of tooth enamel. It also helps to reduce the harmful effects of plaque bacteria.

For these reasons, fluoride is an important part of oral care for people of all ages. Many cities add fluoride to their water supply in order to provide this protection for their residents.

However, adults can also get fluoride from other sources, such as toothpaste, mouthwash, and supplements. So, don’t forget to fluoridate your own teeth – it’s not just for kids.

Many people believe that adding fluoride to water supplies is unethical, as it violates an individual’s right to autonomy. However, this is a misconception. Fluoride is a mineral that occurs naturally in water, and it has been shown to be effective in preventing tooth decay.

In fact, the Centers for Disease Control and Prevention has named water fluoridation one of the ten great public health achievements of the 20th century. Furthermore, the CDC estimates that water fluoridation saves approximately $38 million per year in dental treatment costs.

When considered alongside the clear benefits of water fluoridation, it is evident that this practice is not only ethical, but also highly beneficial to both individuals and society as a whole.

Fluoride is one of the most controversial topics in dentistry, but it doesn’t have to be. By debunking some of the most common myths about fluoride, we hope to have set the record straight about this important topic.If you have any further questions about fluoride or ways to incorporate it into your oral care routine, we encourage you to contact your local Coquitlam dentist for more information on fluoride. 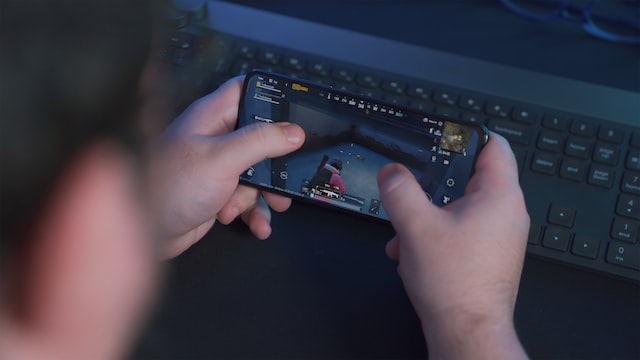 Watch Out For the Ruling Trends in Mobile Game App Development